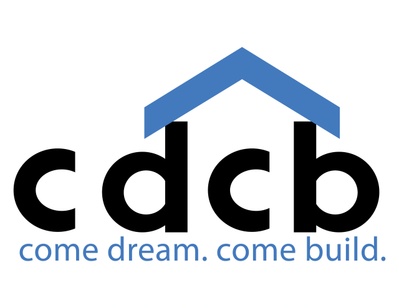 Nick Mitchell-Bennett is the Executive Director of cdcb and the Administrator of the RGV Multibank CDFI headquartered in Brownsville, Texas. Prior to taking the position of ED in 2008, Nick served in multiple positions within the organization. During his tenure he has led the cdcb team, in the development of over 3,000 affordable homes, raise over $75 million in public and private grant funds and deployed over $100 million in private lending capital and equity.

In his role as Administrator, Nick led the RGVMB to be the first CDFI to join the Federal Home Loan Bank of Dallas creating the CASALoan product. In 2011, the RGVMB launched the Community Loan Center, a small dollar alternative to payday lending product. The RGVMB has franchised the CLC model into twenty-two (22) markets across the country, allowing the entire CLC franchise network of lenders to originate over $60 million and conduct over 58,000 transaction.

Nick has a BA from Tabor College, MS Degree from Eastern University, a Housing Development Finance Professional certification and has completed The Achieving Excellence program at Harvard JFK School. In 2015 Nick was recognized with the Texas Houser of the Year Award.

Mrs. Oceguera has more than 21 years of banking experience with Mercantile Bank in various areas, including overseeing loan and credit operations for the bank. She oversees cdcb administration, finance, and loan operations. Mrs. Oceguera directly supervises CDCB’s senior staff, managing the day-to-day operations of the organization.

Ms. Marin holds a B.B.A. degree in Finance from the University of Texas at Austin, and previously worked for the Washington Mutual as a DE Underwriter. She is responsible for underwriting all loans and issuing loan commitments for all cdcb loan products as well as coordinating cdcb’s entire mortgage lending operations from loan application through closing.

With more than 25 years of experience in the construction field, Mr. Ramirez started working with cdcb as a Self Help Construction Trainer in 2000. He oversees all single family houses that are built by different contractors to ensure quality built homes.

Ms. Dotson is an urban planner, sociologist and social advocate. She received both her undergraduate and graduate degrees in Urban Planning (MURP & BUPD) from the College of Architecture and Planning at Ball State University. With over nine years of experience, she engages in passionate work with residents, community advocates, government officials and public/private sectors in an effort to unite, strengthen, develop and facilitate holistic and data-driven strategies for physical, social/cultural, economic, environmental and institutional improvements. At cdcb, working closely with cdcb's Executive Director and Deputy Director, she is responsible for project conceptualization, acquisition,  planning, permitting processes, market and financial analysis, financing development and interface with design, construction and management.

Mrs. Najera has a BA in Psychology and over 16 years of project management experience in workforce development programs as well as 6 years of working with at‐risk youth in a housing development. She is responsible for the implementation and day-to-day operations of the program and overseeing the data collection and analysis for report compilation for program outcomes.

Ms. Erosa has a B.A. in Liberal Arts from the University of Texas at Brownsville. Prior to joining cdcb, she worked as lead bookkeeper for a local rehabilitation company.  As RGVMB Operations Manager, Ms. Erosa oversees loan origination process, program compliance with the OCCC, and manages all the portfolio currently held by the Community Loan Center.  Ms. Erosa has been working with CLC since its origination in 2011, and has been involved in creating a unique loan servicing software.

Mrs. Diaz-Pineda leads the Financial Security program team and is responsible for overseeing cdcb’s financial sustainability and wealth building initiatives. Her role includes the planning, coordination, implementation and evaluation of several financial capability programs including, housing counseling, financial coaching, financial literacy education, VITA tax preparation and IDA matched savings.  She has extensive experience in program and product research, design and evaluation.  Prior to joining cdcb, Zoraima conducted financial services research, program development, and policy analysis at the Institute for Assets and Social Policy, the National Council of La Raza, and the Texas State Senate.  Zoraima received her Master’s Degree in Social Policy from Brandeis University, and her Master’s Degree in Public Affairs and Bachelor’s Degree in Government and Mexican American Studies from the University of Texas at Austin.

Mr. Barrera graduated from the University of Texas Pan American in 2008 with a bachelor’s degree in Political Science. Mr. Barrera  worked as a Field Operations Manager with Rebuilding Together in Dallas and New Orleans prior to joining cdcb in 2009. Mr. Barrera has a wide range of experience within the cdcb organization focusing on production and project management. Prior to being promoted to Construction Administration Manager, he was the cdcb’s Special Projects Lead where he managed the successful completion of the RAPIDO and El Naranjal projects. Mr. Barrera acts as a liaison between cdcb’s design professionals, contractors and the client. He prepares and manages all construction contract documents and vendor contracts. He oversees all bidding and procurement activity. He also reviews and manages all project budgets, billing and environmental clearances. Mr. Barrera is currently completing a certification in Construction Management with NeighborWorks America.